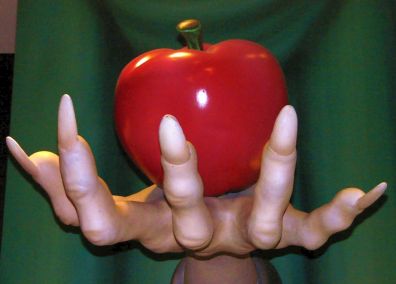 They seek to rebuild the Catholic Church into their own image – a cult – far, very far, from the Spirit of God. They claim, both in public and in private, to be the sole ones to possess and preach the ‘untainted’ Word of God in this time of worldly confusion, but in reality have neither one nor the other in their minds and mouths as their hearts are very far from God out of pride. Despite the shiny allure of initial appearances to the contrary, fundamentalist Catholics are never able to genuinely nourish other Catholics, other Christians, and seekers at the spiritual level with the Truth, apart from more of those of their own ilk, because they only have poison to give. One can tell by the constant negativity that comes out from them in particular toward those who refuse to agree with them.

They claim to be humble, but in everyday life and in their public behaviors, they are anything but. They lie – yes, they are liars; children of none other than the father of lies who was a murderer from the beginning, as Christ said, and this despite having been baptized into the Catholic Church, which they so profess with their lips to love and ‘protect.’

They lie without shame or compunction, and attempt to get away with as many lies as possible, to satiate their rage for having been exposed by the truth. In addition, they lie to continue denying, to their own selves, their multiplicity of sinful behaviors toward others; a multiplicity that is as endless as the rage lying impotent and unresolved in their own hearts. Fundamentalist Catholics thus manifest no problem fabricating stories in endless ways about the members comprising the People of God from both the top down and the bottom up, even while knowing these stories to be false and a grievous sin in their own right, since their underlying intent is no more and no less than virtual murder. The desire for revenge of these Catholics knows no limits in this regard, blinded as they are with the lust in their own hearts to be the sole ones in the whole world to ever possess the Truth. And, more close to home, to satisfy that insatiable lust for the ‘power’ to decide who is ‘in’ and who is ‘out’ of the Church, hence Heaven through the power of binding and loosing – a power they decidedly do not have.

Above all, fundamentalist Catholics speak without cease about carrying out all of the above in the Name of the Lord and in the name of ‘righteousness’ – to all intents and purposes, perversion. Blasphemy and sacrilege, therefore, if ever these were known to exist.

Only eight words of wisdom suffice for such Catholics: Go to confession and repent of your ways.