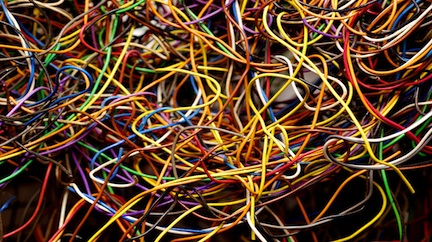 And there was seen another sign in heaven: and behold a great red dragon, having seven heads and ten horns: and on his head seven diadems. And his tail drew the third part of the stars of heaven and cast them to the earth: and the dragon stood before the woman who was ready to be delivered; that, when she should be delivered, he might devour her son (Rv 12:3-4).

Everyone has become aware by now that the United States Conference of Catholic Bishops (USCCB), presently meeting in Baltimore, has been asked by the Holy See’s Congregation for Bishops to delay voting on their attempted creation of a Code of Conduct in relation to the clergy sex abuse crisis in America. Statements against statements have been made, with protocols against protocols, charters against charters, policies against more policies, and speeches against speeches galore. Take your pick. A hierarchy and a presbyterate that, at times, might seem rather ‘out of touch’ to the general public. An Americanist Catholic laity so entitled that they attempt to usurp the very powers of the Vicar of Christ, because they treasure their Americanism more than they do their Catholicism. And all this is, obviously, being carried out under the guise of ‘saving the Church’ – as if that were possible by mere human means.

In other words, rebellion and disorder. Seemingly ad infinitum.

Two things are missing in the aforementioned scenario and they are the following:

In attempting to understand the abuse of power that has occurred (and reportedly seems to continue occurring in some venues) and to seek wholesome remedies for it without scapegoating, one needs to depart from a very basic question and a very basic fact. Everything else will then flow naturally from there.

The basic question is the following and it needs to be answered with a “yes / no” response:

And the basic immutable fact is this:

Everything else that is happening, in terms of dialog and discussion, is just self-referential fluff.

Why is this happening?

The Fifth and Sixth Commandments are being violated in a ‘setting-of-the-stage’ scenario, in order to then violate the First Commandment (the ultimate aim). That is the underlying plan and it has been long coming.

Start, therefore, from the above question and the above fact if you want effective solutions, and everything falls into place. Start from elsewhere (as has happened) and you get chaos, disorder and rebellion.

The free-will choice is yours to make.