Before crowning Him with thorns after the Scourging at the Pillar, at the order of Herod Antipas, the Roman soldiers at the court forced Jesus Christ to wear a purple[1] robe in mockery of His kingship of the Jews (Lk 23:6-12). The soldiers then stripped Christ of this robe after Pontius Pilate had presented Him to the mob (Jn 19:5) and made Him put back on His seamless garment[2] to carry the Cross. Above is a photograph of a very rare relic of the Purple Robe in a sealed reliquary that comes from the Augustinians.

[1] Purple was at the time considered to be the color worn by kings.

[2] The seamless garment had been woven for Christ by the Virgin Mary.

The column of flagellation to which Christ had been tied during the Scourging at the Pillar was made of marble (McNeely, 2015). Part of the column remained at the Basilica of the Holy Sepulcher and resides in the Franciscan Chapel (Mason, 2017). Another part of it was given to Giovanni, Cardinal di Colonna the Younger, by the king of Jerusalem during the Fourth Crusade.[1] Colonna took it back with him to Rome, Italy, and placed it in the Basilica di Santa Prassede, his cardinalate church (McNeely, 2015). This part of the Column is housed in a bronze reliquary and can be found at the San Zeno Chapel.

Fragments of the column of flagellation have been distributed around the world throughout the centuries in ways similar to the True Cross. Above is a photograph of a small piece of the column in a sealed reliquary that comes from Rome.

[1] The Crusades were a series of nine religious wars that started in 1095 by order of Pope Urban II (Mills, 1820). These wars were carried out to recover the Holy Land and other sacred sites for Christianity from under Muslim rule, which had been in place since the 7th century. It was common practice during the Crusades to translate relics from the Holy Land to Rome and other places in the West for their ‘preservation’ (Andrea & Rachlin, 1992; McNeely, 2015).

Many of the ropes of the flagellation of Jesus Christ that took place during the Scourging at the Pillar can be found at the Basilica di Santa Prassede in Rome, Italy, to where they were translated during the Fourth Crusade. Above is a photograph of a few strands from one of the ropes in a sealed reliquary that comes from Rome.

By decree dated 3/19/2020 and issued by the Holy See, the Apostolic Penitentiary of the Catholic Church has granted the following special indulgences for the present global pandemic situation:

This present decree is valid despite any possible contrary dispositions. 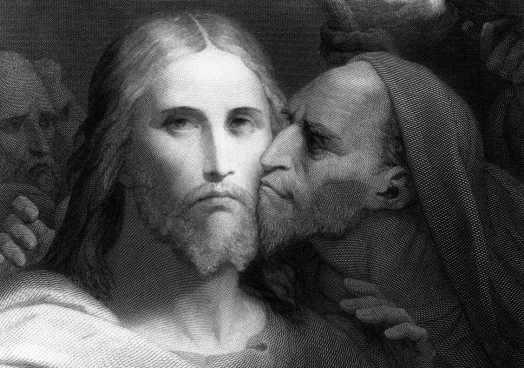 Let us be loud and clear:

Jesus answered: He it is to whom I shall reach bread dipped. And when he had dipped the bread, he gave it to Judas Iscariot, the son of Simon. And after the morsel, Satan entered into him (Jn 13:26-27).

[Christ]: Holy Father, keep them in Your name, whom You have given Me, that they may be one as We are one. While I was with them, I kept them in Your name. Those You gave me, I have kept and none of them is lost, but him who was destined to be lost, that Scripture may be fulfilled (Jn 17:11-12).

Judas Iscariot, the spiritual son of his ‘father,’ Satan – the betrayer of Christ, just as Satan was the original betrayer of the Almighty Father – is in Hell for eternity. Not because the Father and the Son did not continually present him with Their mercy, but because Judas wilfully rejected this until his last dying breath. Even though Our Lady also tried to save him with her prayers.

Judas betrayed Christ, but what led to his eternal damnation was pride, the same original sin of Satan. Judas thought he ‘knew it all.’ He was too proud to humble himself and accept the mercy of Him who did not come to be an earthly king, or to accept the help of the Woman.

Anyone who claims, or attempts to claim, otherwise either has insufficient knowledge of the Faith or is a wolf of the revisionist kind.

Judas Iscariot is in Hell. Together with Martin Luther and Adolf Hitler.

Pachamama is not just “Mother Earth.” The literal translation of Pachamama is “World Mother.” 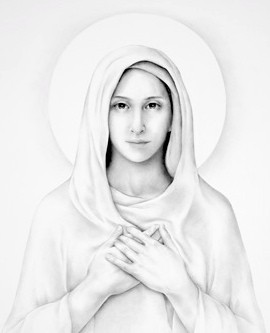 Who is your real Mother – Mother Earth or Our Lady?

Answer these questions for yourself and you will know in your heart of hearts what you truly believe.

There is one Mother: the Virgin Mary, Mother of God. The Queen of heaven and earth by God’s explicit will. She is second only to the Holy Trinity.

The earth is not “a mother” and can never be a mother, no matter how much it sustains us. It does not and cannot “have a feminine face,” because the earth is a material object, not a person.