Pope Francis has once again confirmed the abolition of the death penalty in the Catechism of the Catholic Church and its inadmissibility in the moral life of the 21st century. Speaking today to the Delegation of the International Commission Against Capital Punishment, Pope Francis said:

“In previous centuries, when the means at our disposal for the protection of society were lacking and the actual level of development of human rights had not yet been attained, recourse to the death penalty was at times presented as a logical consequence. Even in the Pontifical State there was recourse to this inhumane form of punishment, ignoring the primacy of mercy over justice. That is why the new formulation of the Catechism implicates [the need to] assume responsibility for the past and the recognition that the acceptance of this form of punishment was the consequence of a mentality of the time, which sacralized the value of laws deprived of humaneness and mercy.

“The death penalty is always inadmissible because it violates the dignity of the human person. God is a Father who always awaits the return of the son who, knowing that he committed a mistake, asks forgiveness and starts a new life. No one, therefore, can be deprived of his life or of the hope of his redemption and reconciliation with the community. I understand that to attain the abolition [of the death penalty] in certain circles it may be necessary to pass through complex political processes. The suspension of executions and the reduction of [the number of] crimes punishable by the death penalty, likewise the prohibition of [the use of] the death penalty for minors, women who are pregnant, or persons with intellectual or physical disabilities, are minimum objectives toward which all the leaders of the world have to work . . . There is the need for a [form of] justice that apart from being father is also mother.” 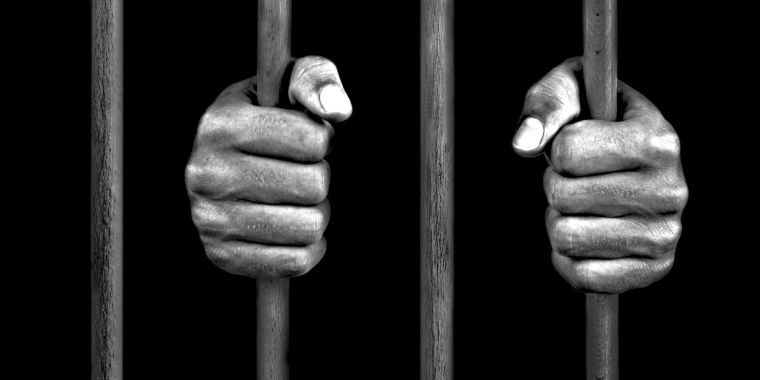 Cain said to the Lord, “My punishment is greater than I can bear. Behold, You have driven me this day away from the ground; and from Your face I shall be hidden; and I shall be a fugitive and a wanderer on the earth, and whoever finds me will slay me.”

Then the Lord said to him, “Not so! If any one slays Cain, vengeance shall be taken on him sevenfold.”

And the Lord put a mark on Cain, lest any who came upon him should kill him. Then Cain went away from the presence of the Lord and dwelt in the land of Nod, east of Eden (Gn 4:2-16).

Some claim to be ‘pro-life.’ In fact, they will stop at nothing to hold back a mother-to-be from aborting her baby-in-the-womb, for abortion is manslaughter-by-another-name at the very least. And rightly so.

It should be noted, however, that the many of those who call themselves pro-life these days and actively belong to that movement in the US are not genuinely pro-life. They are simply pro-birth and pro-rationalization of whatever will quieten their conscience in the moment, to retain their personal and public delusions of being ‘a true Christian’ or ‘a faithful Catholic,’ despite the intractable beliefs with different intent which remain deeply in their hearts.

Specifically, these individuals defend capital punishment – the death penalty; another name for homicide – tooth and nail, despite the fact that only God and no one else has the right to take the life of another human person, no matter the actions, honorable or dishonorable, of the latter. In a celebratory manner reminiscent of that of a herd of fools rather than that of a herd of sheep, these individuals and this movement disregard the teachings of the Church and the repeated calls of Saint John Paul II, among others, to end this “cruel and unusual” punishment. It is a punishment that only declared barbarians, irrevocable sadists, radical extremists, and those possessed by Satan would ever endorse in this day and age.

Here are some excerpts of Saint John Paul II’s calls in relation to the death penalty:

Human life belongs only to God: for this reason, whoever attacks human life, in some way attacks God Himself . . . Not even a murderer loses his personal dignity, and God Himself pledges to guarantee this . . . God, who preferred the correction rather than the death of a sinner, did not desire that a homicide be punished by the exaction of another act of homicide (Evangelium Vitae, 1995).

A sign of hope is the increasing recognition that the dignity of human life must never be taken away, even in the case of someone who has done great evil. Modern society has the means of protecting itself, without definitively denying criminals the chance to reform. I renew the appeal I made most recently at Christmas for a consensus to end the death penalty, which is both cruel and unnecessary (Homily at the Papal Mass in the Trans World Dome, St. Louis, Missouri, January 27, 1999).

May the death penalty, an unworthy punishment still used in some countries, be abolished throughout the world (Prayer at the Papal Mass at Regina Coeli Prison in Rome, July 9, 2000).