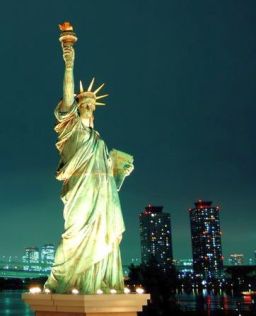 Many Christians – Catholics included – in the United States of America speak proudly about living in the unparalleled land of the free, given to them by God to be a shining city on a hill for other peoples, other nations. And so they should as everyone should be proud of their country; their heritage. Yet in the same sentence, if not the same breath, and with their actions and behaviors, they have no compunction about targeting with a rugged ideology of exclusionism, across every dimension, in systemic ways, the most weak and vulnerable of persons, including aliens fleeing from war-torn regions and seeking refuge at their shores. And they, more often than not, do this from the very comfort of their plush couches.

In the land of the free and the home of the brave – a land originally intended by God to be a refuge for “the tired and the poor,” the “huddled masses . . . wretched refuse . . . [and] the homeless” of other nations – these Christians, idolizing strength and despising weakness, lobby for and employ an exclusionism borne of fear inspired by Satan, not by the Spirit of God, while claiming that they are doing God’s work by combating abortion, same-sex unions, and euthanasia. Yet all of the above begs the question: How can one be a true Christian just in part, picking and choosing what to support in the faith of Christianity, not to mention a similar cafeteria approach to the Social Doctrine of the Church? Quoting various Popes and texts in their lobbying efforts – or, rather, first decontextualizing, then (mis)quoting various Popes and texts to further the real agendas hidden deep in their hearts – these Christians seem to have conveniently forgotten the commands of God the Father in relation to strangers and aliens arriving at their shores, in the hope of living in their God-given rights to possess land, shelter, work and the fruits of their work, together with rest and peace.

It is crystal clear throughout Scripture that God and the Apostles had more than a few things to say about this matter, not to mention the fact that Christ Himself was a Stranger, an Alien; a Refugee. To be specific, here are some of the relevant parts:

You shall also love the stranger, for you were once strangers in the land of Egypt (Dt 10:18-19).

Cursed be anyone who deprives the resident alien, the orphan or the widow of justice! (Dt 27:19).

You shall not oppress or afflict a resident alien, for you were once aliens residing in the land of Egypt (Ex 22:20).

When an alien resides with you in your land, do not mistreat such a one. You shall treat the alien who resides with you no differently than the natives born among you; you shall love the alien as yourself; for you too were once aliens in the land of Egypt. I, the Lord, am your God (Lv 19:33-34).

Only if you no longer oppress the alien, the orphan, and the widow; if you no longer shed innocent blood in this place or follow after other gods to your own harm, only then will I let you continue to dwell in this place, in the land I gave your ancestors long ago and forever (Jer 7:6-7).

I will draw near to you for judgment and I will be swift to bear witness against sorcerers, adulterers, and perjurers, those who deprive a laborer of wages, oppress a widow or an orphan, or turn aside a resident alien without fearing me, says the Lord of hosts (Mal 3:5).

Do not neglect to show hospitality to strangers for by doing that, some have entertained angels without knowing it (Hb 13:1).

In that renewal there is no longer Greek and Jew, circumcised and uncircumcised, barbarian, Scythian, slave and free; but Christ is all and in all (Col 3:11).

Who, therefore, is the true Christian?

Do you not understand that by your present sentiments, actions, and behaviors, you are bringing down even more judgment upon yourselves and upon the nation itself?

Peace shall not return to your shores before you return to God in whole, not in part, and with genuineness in your hearts.